I Lost Data Once… A Collection of Horror Stories; Part 1

I wanted to share a few stories we’ve gathered about times when a person or business has lost data. First, thank you to everyone who shared these stories with us and allowed us to publish them on our blog, and… we’re glad you made it through. The first one is a story about someone who learned their lesson the hard way.

If you have any similar stories, share them in the comments!

The Computer Ate My Homework

Story from a graphic designer

It’s been about 15 years since it happened and I still get knots in my stomach when I think about it. I was in college, majoring in graphic design. I had a nice, beefy computer that I had bought and upgraded so that it could handle Photoshop and Autodesk. I was able to get a lot of work done right in my dorm room instead of spending long nights in the computer lab across campus.

It was about four weeks from the end of the semester and a lot of big projects were wrapping up. I was in several art and design courses and even a basic video production course, but for once I was actually going to get everything done without scrambling at the end. On top of that, I took a few freelance jobs helping small businesses back home with some design work to give me a little extra spending money.

It was a low-key Saturday night. My roommates and I were watching DVDs while I was casually editing my video production project. I went to save my work before exporting and my computer speakers made a popping sound (I’ll never forget that sound… it haunts my dreams), and my screen went blank.

I made my roommate pause “The Matrix: Reloaded” while I panicked. My computer wasn’t booting back up, at all. I tried everything I could think of and then some, and on Sunday called Dave, my computer guy.

He was nice enough to drive an hour to make a house call to my dorm on Monday. He figured it was the motherboard or power supply so he had replacements for both, and got me up and running again. I think that visit alone cost me the money I earned freelancing but it was worth it to be back up and running. That evening I sat down at my computer and went to open my video project when I realized all of my files were gone.

Everything. The Adobe Premiere project files were gone. All of the footage was gone, except what I could still pull from my camera. Even all of my test exports were gone. I went to open the folder where I kept all of my graphic design work, and the folder was gone. Every project, every piece of art, every photo I had taken, it was all gone.

By then, Dave was long gone and his office was closed so I had to wait until morning, but while troubleshooting, I had determined that the hard drive had gone.

The next day, after explaining everything to Dave, he thought that the sudden hardware failure may have caused my hard drive to break at the same time. He drove to my dorm that afternoon and brought a second computer to put the drive into, and sure enough, it wouldn’t activate for him. He asked if I had a backup. I did have all of my data stored on a handful of rewritable DVDs that I had made at the beginning of the semester, but all of the work I had done after was gone.

I could have tried recovering the broken drive but it would have been $1000 with no guarantee what I’d get back, and it wouldn’t be finished in time for the end of the semester.

For the next 4 weeks, I survived off of coffee, Red Bull, and crossed fingers, but I was able to redo all of my work and got everything in on time. Since then, I’ve always, ALWAYS invested in backup, and never keep my work stored in a single location.

Always keep your data stored on multiple locations, and run daily backups to avoid losing more than a day’s worth of work. Better yet, run backups constantly throughout the day to never lose more than a few minutes' worth of work.

We wanted to thank the author for sharing this story with us! If any of our readers would like to learn more about our data backup solutions, give us a call at 020 7898 3500!

Facebook Twitter LinkedIn
Tags:
Data Technology Data Backup
I Lost Data Once… A Collection of Horror Stories; ...
Cybersecurity is a Shortcoming for the DHS 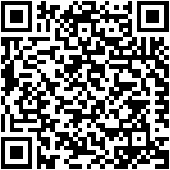