Two weeks ago we had a look at the flagships. Last week, we took a look at the new foldable and flippable smartphones, but what if you don’t have $1,000 to buy a device? Are your options severely limited? Let’s take a look at some of your options.

Samsung’s Galaxy A-series devices span the entirety of specification options, but we’re going to look at the moderately-priced Samsung Galaxy A51. The Galaxy A51 has a 6.5-inch Super AMOLED display and features a Exynos 9611 processor. With options between four-and-eight gigs of RAM, the expandable storage, the in-display fingerprint readers, the 3.5mm headphone jack and the largeish 4,000 mAh battery the Galaxy A51 presents users a good option if they are looking to avoid spending the big bucks. Available in Prism Crush Black, Prism Crush White, Prism Crush Blue, or Prism Crush Pink, the Galaxy A51 can be found on most major carriers and unlocked online.

If you think you’ve seen the 2020 version of the iPhone SE before, it’s because you probably have. It has the body of the iPhone 8, the chipset from the iPhone 11, and a new camera setup that will outperform the lion’s share of devices in the budget category. If you take away the 4.7-inch Retina display, the iPhone SE may bring more value than any other budget phone.

The iPhone SE only comes with two cameras, one front and one selfie, but the optics on the 12 megapixel lens, combined with iOS optimization, users will get a solid performing camera experience. Available in black, white, and red, the iPhone SE is great for the smartphone user that doesn’t need a huge screen to accomplish what they need to accomplish.

Before we finish our brief look at smartphones for the year, we should mention that one of the best ways to get value out of your smartphone is by buying new or refurbished flagship devices that are a cycle or two old. In fact, some smartphone companies release two iterations of their flagship phones each year and getting a mobile that is 18 months old isn’t going to deny you many features. Flagship smartphones tend to be built from better materials so they are more durable, and they tend to come with specs that will outpace many mid-level budget smartphones.

If you consider buying a device that is a couple of years old, here are some great options: The Samsung Galaxy s9 and s9+, the LG V50 thinQ, or the iPhone X. One detrimental characteristic is that they probably won’t get as many software updates, and if they are refurbished or used, they could have issues that new devices wouldn’t have. Regardless, it is something that you should consider when weighing your options if you only want to spend a few hundred dollars on your next phone.

Do you think buying a budget smartphone is the way to go? What devices are you considering? Leave your thoughts in the comments section below.

Facebook Twitter LinkedIn
Tags:
Technology Smartphones Save Money
Why VoIP is a Great Choice for a Business
The Four Corners Your Network Security Needs to Co... 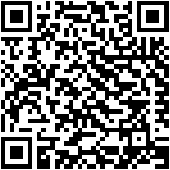