A Few Smartphones to Consider Going into 2020

If there is any computing device that has fully entered the mainstream, it’s the smartphone. This means that there is public demand for the best - and manufacturers pay attention, regularly rolling out better and better phones (at least, that’s the plan) all the time. As the new year rolls around, many are using the holidays to get themselves a little something for 2020.

As we look at some of your options, there is something important that you should try to keep in mind - any of the phones we cover here (and many that we aren’t including) will likely suit your needs just fine. In fact, unless you’re moonlighting as an influencer on Instagram, a smartphone from 2015 would do what you needed, if perhaps a bit more slowly than you’d prefer. However, why not opt for the more recent model? Here, we’ve provided the specs for a few choice selections.

Whichever side of the Android vs iOS debate you fall on, there isn’t really any disputing that the Samsung Galaxy s10 Plus is the best option for Team Android. Weighing in at 6.17 oz, the clean design of the s10 Plus gives the user shaper edges - reducing the tendency for the phone to slide out of the user’s hand - and otherwise lives up to the reputation Samsung has cultivated for their flagships.

On the inside, the s10 Plus features a Qualcomm Snapdragon 855 processor, with storage options ranging from 128 gigabytes to a full terabyte, assisted by 8 or 12 gigabytes of RAM. These stats would be impressive in any device. As for cameras, it has five, including a wide angle, ultra-wide angle, and a telephoto option. The fingerprint reader is now hidden under the display. The s10 Plus is also likely to be the last Samsung flagship with a 3.5mm headphone jack.

Until the Galaxy s11 Plus is released, the s10 Plus is the standard for the Android smartphone, and is available in the following colors:

Depending on the specs you get and the carrier you go to, you can own a Samsung Galaxy s10 Plus for somewhere between $599 and $1,200.

The iPhone 11 Pro Max leverages a combination of many of Apple’s recent successes with the improvements to the increasingly critical camera. As such, the end result shows some promise.

As for the hardware, the iPhone 11 Pro Max uses a Super Retina OLED display. Inside, you’d find Apple’s proprietary A13 Bionic chip, four gigabytes of RAM, and either 64 gigabytes or 512 gigabytes of onboard storage. The camera is where many improvements were made, with three 12-megapixel cameras incorporated, featuring an ultra-wide angle lens, a wide angle lens, and a telephoto lens.

The iPhone itself is well-constructed and houses the Apple-exclusive iOS operating system. Available in Space Gray, Gold, Silver, and Midnight Green, most major carriers will offer it for around $1,100.

With the Note 7’s explosive issues quickly becoming a faint memory, the Galaxy Note 10 Plus continues the Note’s reestablished legacy of being the choice device for productivity. Reinforced on both sides with Gorilla Glass to boost its durability, and an onboard s-pen stylus compatible with an assortment of features, the Note 10 Plus presents itself through a 6.8-inch AMOLED display.

Peeking inside, the productivity machine shows a few choice components, including a Snapdragon 855 processor, up to 12 gigabytes of RAM, and 45-watt fast-charging capabilities that turn a battery at zero to a fully charged one in about an hour. Three 12-megapixel cameras are paired with a time-of-flight 3D depth sensor to give a user some serious firepower for their social media sharing. The Note 10 Plus can also be charged wirelessly, as well as share its stored energy with other wirelessly-charging phones if needed.

Available in Aura Glow, Aura White, Aura Black, and Aura Blue, the Note 10 Plus can be purchased at most major carriers for somewhere between $849 and $1,200.

This one has actually been out for some time, as the Pixel 4 XL was certainly more of a Halloween treat than it was a trick. Literally made for Android, the Pixel 4 XL already has stock Android 10, and has the specifications to match.

Running on a Qualcomm Snapdragon 855 processor, the Pixel 4 XL has a standard-setting 6.3-inch P-OLED display, with about 537 pixels per inch, and can easily access the Google Assistant with just a squeeze. While there is still no fingerprint reader, it can use the user’s face as a verification method to unlock it. The Pixel 4 XL also upholds the reputation that the Pixel phone has gained for its camera, with a 12.2 MP wide-angle lens and a 16 MP telephoto lens included. One of the most popular new features is the camera’s ability to take high quality shots in very low light.

You can choose from Clearly White, Just Black, and Oh So Orange, now from all major carriers.  Based on the model, it will cost somewhere between $899 and $999.

We mention this flagship phone here because this device in particular gives a few examples that may tell us where the technology is headed. It has a big, sleek design, and is somewhat unique in constantly running a 90 hz refresh rate (which makes it one of the fastest-feeling phones currently out there).

The OnePlus 7T Pro has a 6.67-inch fluid AMOLED display, augmented by an in-display fingerprint sensor. Inside, the best processor Qualcomm offers, the Snapdragon 855+ is housed with a 4,080 mAh battery. As for cameras, the 7T Pro has three rear-facing lenses, including a 48-megapixel wide angle lense. The selfie camera is different than many are used to, however, as it is motorized, and pops up from the top of the device when needed. This eliminates the “notch” on the screen that has frustrated people in the past.

Compared to the other flagship phones out there, this one is probably the friendliest on the budget. The 8 GB RAM version is available online for about $699.

Like we said, this is FAR from a comprehensive list of your options, and it isn’t even a comprehensive list of smartphones. Two stunningly good phones didn’t make this list for political reasons. As a result of the United States ban on Huawei products, it just didn’t make sense to break down the Huawei Mate 30 Pro or the Huawei P30 Pro. Things may change in 2020, but for now, we’re really in a waiting game.

There is also the foldable category of devices that are currently gaining steam. As of this writing, the Samsung Galaxy Fold, the Huawei Mate X, and the nostalgia-driven Motorola Razr are all out there for your consideration.

What’s more, 5G is becoming a reality, as select cities have begun to launch it, and some phones are now 5G-capable. However, the standardization of 5G is still years away. Nevertheless, expect to see more and more options coming to market.

What smartphone do you currently have? Are there any features we mentioned that you’re interested in? Leave some of your thoughts in the comments!

Facebook Twitter LinkedIn
Tags:
Smartphones Mobile Devices Business Computing
Security Has to Be a Priority in 2020
What Are Managed Services, Anyways?

More posts from author
Monday, 06 January 2020 Our Help Desk Is Extremely Useful
Wednesday, 01 January 2020 Tip of the Week: Business Resolutions for a Successful 2020
Friday, 20 December 2019 A Few Smartphones to Consider Going into 2020 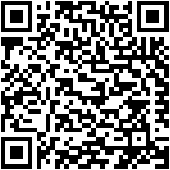